The Opioid Crisis and Support for Marijuana Legalization

In this paper, I use Massachusetts as a case study to explore how the opioid crisis influences public opinion about marijuana legalization. First, I show how arguments that marijuana is a ``gateway drug” that could exacerbate the opioid crisis play a prominent role in public discourse around legalization. Then, I use municipal-level opioid overdose mortality and Emergency Medical Services data to predict support for Ballot Question 4 in Massachusetts in 2016. I find that municipal overdose mortality is associated with increased opposition to legalization but is unrelated to support for other ballot measures or the presidential contest. I also use a 2012 ballot measure legalizing medical marijuana in the state to construct a panel fixed-effects model, where I find that within-unit increases in overdose mortality between 2012 and 2016 predict sharper declines in support for marijuana expansion ballot questions. These findings shed light on how local exposure to the harms of a public health crisis can shift public support away from related policy reforms. 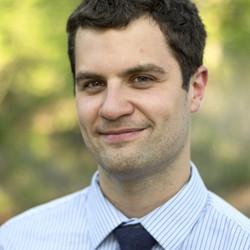 I recently completed my Ph.D. in Government at Harvard University, where I studied American politics. My main research interests are public health, criminal justice, public opinion, and urban and local politics.